The bonus soundtrack entitled Darkness has been released. The music was composed for the dark fantasy novel entitled Revolution, Baby!, written by Dan Davis. Along with two CDs, the book is available to buy in limited edition and listened to and downloaded worldwide online. The first soundtrack was produced by Carlos Perón and Jens Esch Centurio, the Darkness soundtrack composed by Jens Esch Centurio and Piotr Krompiewski Kromproom. You are welcome! 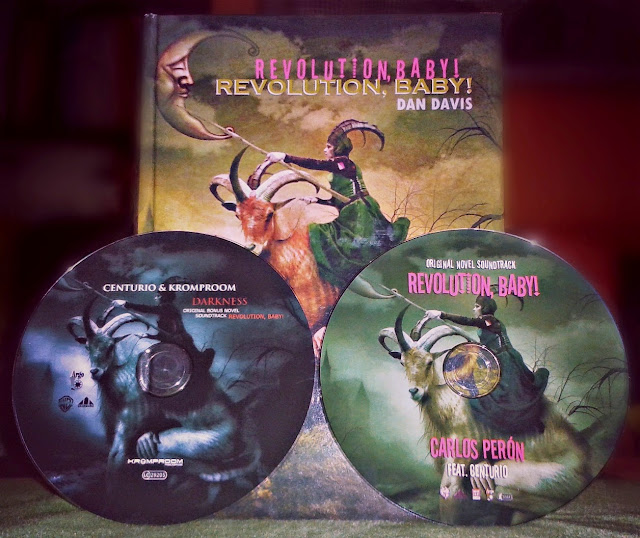