From the 21st of December, the soundtrack Abgrund is available to stream and download worldwide. The art-book Abgrund is written by the artist, painter, and writer of science fiction Daniel Bosch also known under the pseudonyms Dan Davis and David Simon. Thanks to Marek Holwińki from Madness Graphics, who created the great visualization to the preview soundtrack, that you can watch on our channel on YouTube. All are cordially invited to listen and download the album, which is available on iTunes, Amazon, qobuz, Deezer, Spotify, tidal, and other music platforms. At the beginning of 2016, we will be conducted talks with the author of the book and his publisher about the special edition of the autobiography and physical CD. Stay tuned. 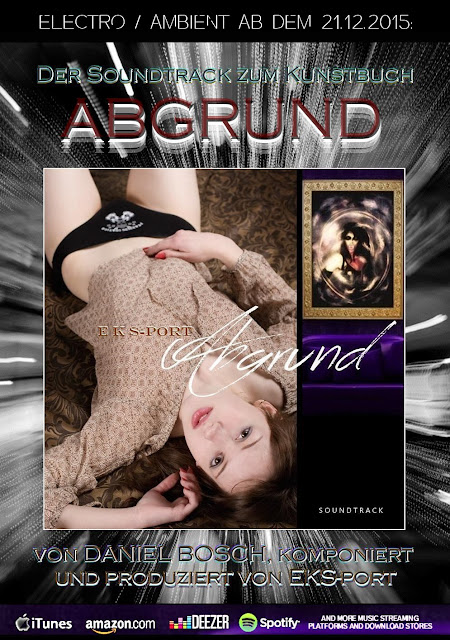