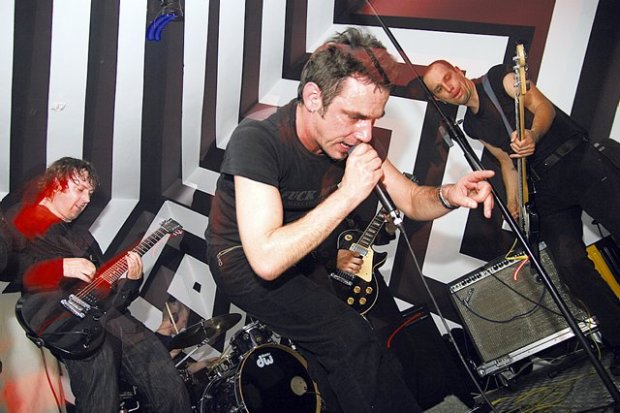 Agressiva 69 is one of the first Polish bands of industrial rock, that was founded by Tomasz Grochola and Jacek Tokarczyk in 1987. In 1992 they released their debut album entitled Deus Ex Machina, which on the Polish music market was something new. The album was released on audiotape by SPV Records. The band has begun to play concerts and they played live on stage as the support of The Prodigy, Paradise Lost, New Model Army, The Mission, Front 242. The band has collaborated with artists such as Martin Atkins (drummer of the bands PIL, Killing Joke, Nine Inch Nails, Pigface), Wayne Hussey (known from activity in The Mission, Sisters of Mercy).