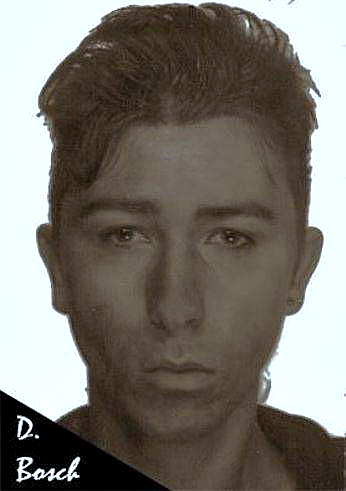 Art is a war against mind control. 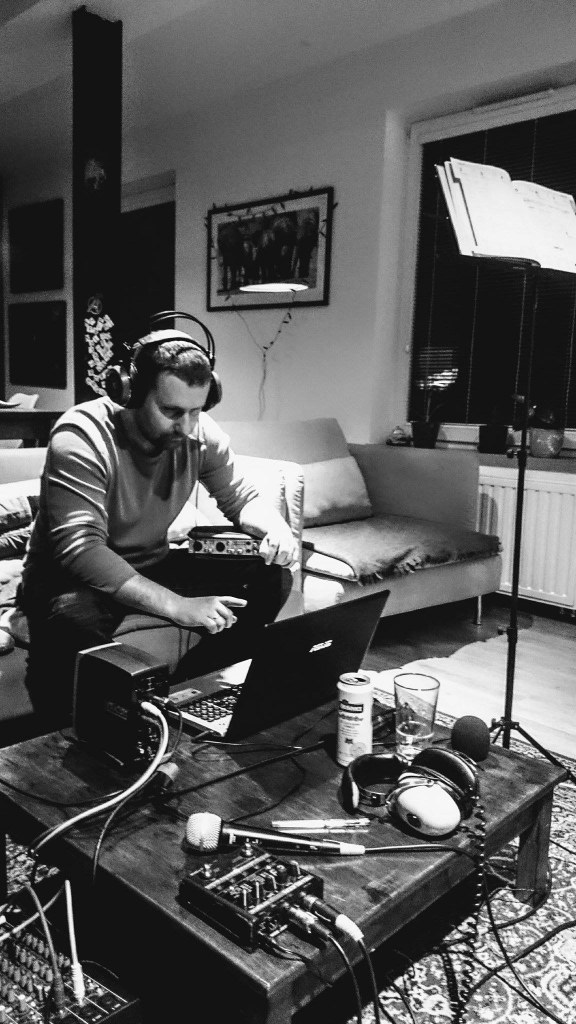 Dan Davis: Hi Piotrek! Can you tell us a few words about Kromproom?

Piotr Krompiewski: Hi Dan! The name Kromproom was created for my solo music project. It derives from the first part of my surname Krompiewski and the English word Room, because I record music in my home studio, in my room. The first time I used this name was in 2001, and I’ve also used the variations Kromp Room and KrompRoom, but usually, I use Kromproom. The name also tells us about the sound of the music, which uses the Room reverberation effect which is intended to emphasize the sound by focusing on its details.

Dan Davis: You recently released the single ROAD featuring Tomek Grochola. It’s a great song and a great version of the song. Could you tell us something more about it?

Piotr Krompiewski: I’m glad that you like the song and let me say a few words about Tomek Grochola. He is a well-known artist because he is the vocalist and co-founder of one of the first industrial rock bands in Poland, Agressiva 69. The band has been nominated for several awards, as well as collaborating with many well-known artists, and has played concerts next to Prodigy, Paradise Lost, New Model Army, The Mission, Front 242, Marc Almond, and Alphaville. The band has also played live to the ground-breaking German film Berlin: Symphony of a Metropolis directed by Walther Ruttmann. I could talk about Agressiva 69 for ages, but let's go back to the single ROAD, which is our first production together. Tom also likes electronic music, and we are both fans of groups such as Underworld, Fluke, and Yello. ROAD is our interpretation of a type of music that we have defined as trance-electronic-rock. The single was released digitally, and we have also uploaded it on YouTube as an audio track, so we invite all listeners to listen, share and review ROAD. Additionally, some superb remixes of the single are in the pipeline.

Dan Davis: How would you describe Kromproom’s music?

Piotr Krompiewski: I can’t be neatly pigeonholed into one style. My music is a mixture of personal musical fascinations. I have been a fan of heavy music since I was a young boy in the early 90s; bands such as Biohazard, Rage Against the Machine, Agressiva 69 and Pro-Pain. However, I’m also into the demoscene and the Polish and foreign electronic music scenes. Jean Michel Jarre, Marek Biliński, Yello, Kraftwerk, Władysław Komendarek, Depeche Mode, Underworld, Fluke, Leftfield, in particular, have been inspirational and given me the power to create music. Listeners who know Kromproom have probably noticed that the music is not as comfortable and clean as classic electronic music. It doesn’t have as much dirtiness as punk rock, but Kromproom electronic music is an attempt to find a compromise between these two worlds.

Dan Davis: Can you say a few words about the video for Android, which is taken from the soundtrack album Revolution, Baby! - Darkness?

Piotr Krompiewski: It is a pity that the video for Android has not yet seen the light of day, but this depends to a large extent on the director Marek Holewiński, who is doing it primarily as a passion project. His personal affairs have halted the production of the video. As soon as I have some more positive information, you will be sure to learn about it immediately.

Dan Davis: In the past, you've done a song entitled Cyborg (NASA's spacewalkers). What do you know about aliens? Do you think that we are alone in the universe?


Piotr Krompiewski: When I was a young boy, my friends and I used to meet and talk about space and the sci-fi books which we had just read. A lot of my friends read the books of Stanisław Lem, who wrote Solaris, which went on to be a film adaptation directed by Steven Soderbergh, co-produced by James Cameron and starring George Clooney. I remember very well the books of Andrzej Sapkowski, who wrote the Witcher saga, which a lot of gamers admire in its adaptation as one of the best computer games in the world. I would say that I am hugely interested in the Universe; I believe that we are not alone and the answer to this question could bring us great developments in technology and science. This is why my dream is for people to stop fighting each other, and for governments to find a common language and combine their forces to jointly explore the cosmos.

Piotr Krompiewski: For decades the development of technology has been running very fast. In the near future, robotics will have a huge impact on our private lives. Currently, automation is of utmost importance. It can be observed that more and more people are fascinated by the subject of cyberpunk, which is about the relationships between humans and cyborgs, who work, learn and love like people, but can also be dangerous for us. In my opinion, the cyborgs of the future will be clones of us and we will have to deal with both good and evil cyborgs. Therefore, it will depend on us whether the sex industry and the labour market will be dominated by robots. Nowadays, mathematics, biology, chemistry, physics, mechanics, and electronics are at a very high level of development and I think we are close to creating a cyborg with artificial intelligence. Maybe somewhere in secret laboratories cyborgs already exist.

Dan Davis: What is currently your favorite Kromproom track?

Piotr Krompiewski: It is difficult for me as the producer of my music to choose which track is the best, but of my solo productions I have a fond regard for all the tracks on my first album Black Import from 2003. I also recommend my last solo album Tenacity which was released digitally in 2015.