Dan Davis: You've done a remix for the song In the Darkness by Telekon. Can you say something more about it?

Piotr Krompiewski: Telekon is a musical project founded in 2016 by Juan Grande (Techni-ka) and Raúl Muñoz-Torrero (Insight) from Spain. These gentlemen contacted me on Facebook and asked if I could do a remix of their first single In the Darkness. I agreed and did it. My remix, along with other remixes can be found on the duo's Bandcamp page. You're welcome.

Dan Davis: Also you did the remix of the song People's Talents for the project Dark Phenomenon. Can you say a few words about this?

Piotr Krompiewski: The Dark Phenomenon is the solo project of the Russian artist Roman Radchenko. His music is released on the Russian Electro-Synthpop label ScentAir Records, which also releases music by the previously mentioned project Telekon. In this case, the owners of the label Vladimir Romanov and Alexander Kalmykov called me and asked if I would produce a remix for the track People's Talents. The track is taken from the single Consoled released in 2013. I would also recommend you visit the band page on Bandcamp, where along with my remix you can listen to other tracks, and also the Russian label's official website, where you can find and listen to a lot of music.

Dan Davis: What song or album can you recommend to those who have not listened to your music yet?

Piotr Krompiewski: As for my solo productions, I recommend the aforementioned two albums Black Import (2003) and Tenacity (2015). I also recommend the album Abgrund, which I produced with my wife as the duo EKS-port. The album is dedicated entirely to your autobiography called art-book Abgrund. Of course, we should not forget about the soundtrack Darkness I produced along with Jens Esch Centurio for your novel Revolution, Baby! I am very proud, that I could compose music for your books. While listening to these albums, everyone will find something for themselves.

Dan Davis: A very good track is ABS, which is taken from the album 7788 km/h released in 2013. Can you say something more about it?

Piotr Krompiewski: It’s nice to hear it. In my opinion, ABS is a very danceable track just like the whole album 7788 km/h, which came out of my wife's love of automotive and breakbeat music. Eli is a fan of this style and, She loves listening to The Crystal Method, Junkie XL, and Propellerhead, and these bands to a great extent inspired us to record the track and the album. ABS has been remixed by great artists such as The Psychic Force from Germany, Vulturius from Poland, Jamick from Poland and, DJ Dubtron from India. On the Mixcloud portal, you can listen to all the remixes of this track in one set.

Dan Davis: Another very good track is Flesh for XTC, which comes from the soundtrack Darkness released in limited edition on CD. How long have you worked on music with Jens Esch? Can you tell us more information about this?

Piotr Krompiewski: Thank you! This song is really powerful and well sung by Jens. We worked on the whole Darkness album at a distance. Jens was recording in Germany, I was recording in the Czech Republic and we sent our ideas to each other online. It was not an easy collaboration, but when I listen to this song and other productions on this soundtrack I am very pleased and proud. It's hard to say exactly how much time we spent on this song and the rest of Darkness, but it was months of hard yet creative work.

Dan Davis: What can you tell us about the EP Transmitter?

Piotr Krompiewski: This is a long story but I’ll try to present it briefly. In 2003, after releasing the album Black Import, I started working on a second album but, due to personal problems, I recorded only four tracks. Because of these problems, I could not record any more tracks, so I released it digitally as the EP Transmitter in 2009. When Carlos Perón became interested in my music, I sent him my album Black Import, which originally included eleven tracks and plus the four-track Transmitter EP. Carlos remastered all the tracks and released a special 15-track edition of Black Import in 2010. I have a great fondness for this EP because when I listen to these tracks I return to the times when I lived in Poland.

Piotr Krompiewski: The CbK project was initiated by Jens Esch Centurio in 2011. We had been very ambitious about this project but finished after the release of this three-track EP. I remember the interview you had with Jens Esch about CbK on 10/2/2012 where Jens presented our duo very nicely. I keep in touch with Centurio, but we both have our own lives. When I moved from Poland to the Czech Republic I increased the distance between me and Jens. In addition, Jens has begun to do what he loves most, photography and filmmaking. Of course, he continues to create music, especially for his photo collages and movies. I think we’ll have to wait a long time for an album. It’s also possible that it won’t be recorded, but I plan to produce CbK remixes with selected artists, that I will release on our Kromp Room Records as a long play remix album.

Dan Davis: What is the next Kromproom project?

Piotr Krompiewski: You've probably noticed that apart from my solo work, I'm involved in a variety of musical projects. The next project is a co-operation with Tomek Grochola from Agressiva 69. Our single ROAD is the beginning of this collaboration. We are also currently preparing some remixes of ROAD, so along with these releases, we want to start promoting the official name of our duo. We plan to release a second single this year but under the new name of the project: Kings in White.

Piotr Krompiewski: Thank you too! 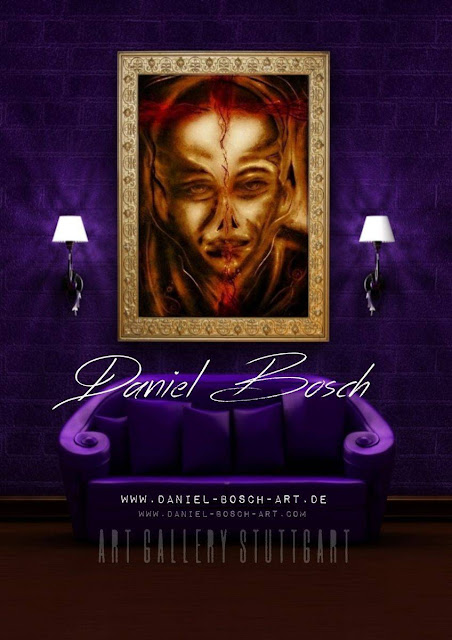