The track entitled Darkness is opening the additional soundtrack that was composed for the book by Dan Davis entitled Revolution, Baby!
Jens Esch Centurio and Piotr "Kromproom" Krompiewski mixed in this composition two worlds, film music stylistically reminiscent of the achievements of such personalities as Vangelis with industrial-electronic sounds straight from the underground Electro Body Music scene. The end result is truly futuristic music that perfectly fits the atmosphere of a science-fiction political thriller.

Kromproom: People start walking towards the light when they suddenly find themselves in the deepest darkness. 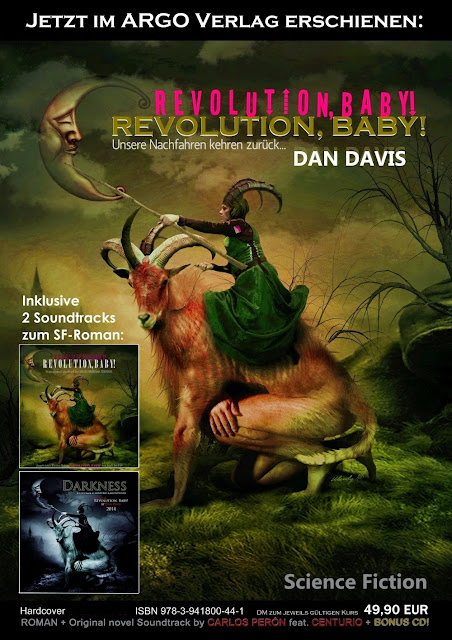