At the premiere we look forward - trance electronic rock by Kromproom feat. Tomek Grochola is coming in 2017

Now, the veteran industrial rock musician Tomek Grochola (Agressiva 69) and music producer Piotr Krompiewski (Kromproom) are preparing an explosive mixture of sounds. Artists have identified their music as trance electronic rock. Musicians announce the release in the new year 2017. The first single of the duo will be available to stream and download at good music platforms worldwide. Tomek Grochola co-founder and vocalist of the Polish industrial rock band Agressiva 69 along with current and former band members have created the legend of Polish industrial music. The band had been cooperating with well-known artists of Polish and foreign music scene such as Martin Atkins (drummer of PIL, Killing Joke, Nine Inch Nails, Pigface), Wayne Hussey (The Mission, Sisters of Mercy), Justyna Steczkowska, Renata Przemyk, Edyta Bartosiewicz and other artists. Some more information you can read here. 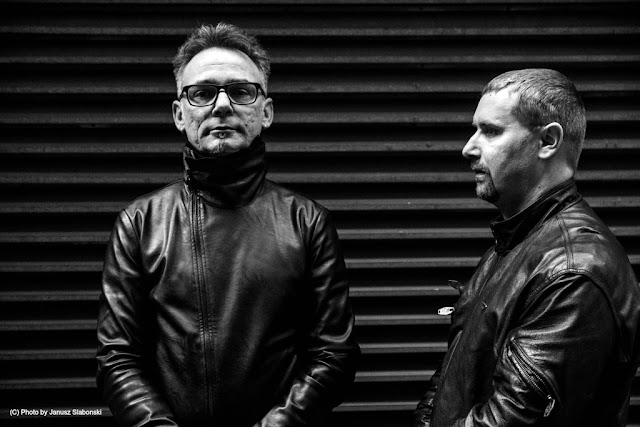 At the beginning of the 90s, Piotr Krompiewski (Kromproom) composed music modules on Amiga computers under many pseudonyms (yazz, jazz, krompiu) and also under his real name. He has been a member of the music projects EKS-port along with MC Else since 2008 and CbK along with Jens Esch Centurio since 2011. Kromproom has collaborated with Carlos Perón (ex Yello), and due to this cooperation has had work published by Eisenberg (whose owner is Carlos Perón) and Warner Chappell  Music. In 2009, along with MC Else, he founded the Kromp Room label, which is still going today. In 2012, the Kromp Room label was registered under the name Kromp Room Records in Germany. Also, he is a co-composer of music to the books "Revolution, Baby!" (sci-fi political thriller by Dan Davis) and "Abgrund" (autobiography of Daniel Bosch also known as Dan Davis and David Simon).


What is born from the cooperation? We can only wait, be curious about a forthcoming single, and once again wish you a Happy New Year 2017. Stay tuned!